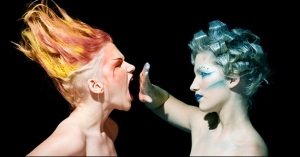 I realized that some people will take you out of their lives in a matter of time or as soon as possible.

I never thought that you would be one of them.

I thought we know each other well that we don’t need to be against each other or maybe I’m just imagining things.

I was furious. I was somewhat disappointed.

Disappointed because I know you were suppose to be my friend. My friend who I can trust. Someone who I can rely on.

But, no… I was wrong. I was wrong to trust you from the start. I don’t know why you would do this to me without even giving me any warning, or any sign that you don’t want to be my friend anymore. I was UNFRIENDED.

I don’t know if I have to be angry or sad… or both.

You were one of my “supposedly” friends that I knew who should understand me because we’re so close and you know me well. I guess it’s too late for having any arguments about it. You just decided on your own that, “Hey, guess what, I want you out of my life, so beat it.”. And yeah, it worked.

I never asked for anything in return but you’re so unfair.

Unfair… that I was not aware that our friendship is failing. I didn’t think of anything, and now, you’ve given me a message that’s hard to understand. Hard to miss. Hard to carry off my back.

I’ve done everything that I can to hold on to our friendship.

Maybe this time, I have to let you go. I hope you’re happy with your decision.

But it’s too late.